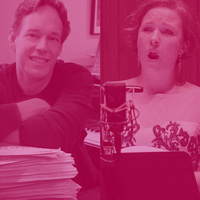 Renowned mezzo-soprano Sasha Cooke was to make her much-anticipated Cabrillo Festival debut in a newly commissioned work by Jake Heggie during the 2020 live performance season. In its stead, Cooke and composer/pianist Jake Heggie will perform four of Heggie’s songs in a virtual concert recorded from their homes especially for Cabrillo Festival audiences. Then Music Director Cristian Măcelaru joins Heggie in an illuminating conversation that introduces audiences to Heggie’s creative process and to the orchestral suite of his acclaimed opera, Moby-Dick. The Moby-Dick Orchestral Suite, which will also be presented this evening, was arranged by Cristian Măcelaru for its world premiere in 2017 with the Cabrillo Festival Orchestra. It has since been performed around the world to critical acclaim.