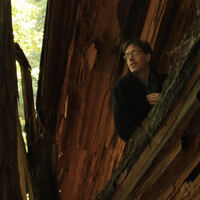 Jon Leidecker: "United Feedback Plus: A Retroactive Manifesto for the Early Decades of American Electronic Music"

Jon Leidecker: "United Feedback Plus: A Retroactive Manifesto for the Early Decades of American Electronic Music"

This event is part of a series of Digital Alchemy Talks at Design By Cosmic, probing the intellectual and ideological histories of art and technology.

United Feedback Plus: A Retroactive Manifesto for the Early Decades of American Electronic Music

In the 1950's, dueling manifestos attempting to define the true potential of electronic music emerged from France's GRM and Germany's WDR Studios. Within ten years, the manifestos insisting on pure 'Concrète' or 'Elektronische' approaches had given way to a flood of composers availing themselves of every available technique. But if Louis and Bebe Barron's liner notes for Forbidden Planet, describing their interest in cybernetics, feedback, and self-playing circuits had emerged in 1950 instead of 1976, it would have held up historically as a prescriptive statement of purpose for the next twenty years of compositions investigating feedback as the defining idiomatic voice of the new medium, and the central organizing principle for a live performance method. This lecture traces commonalities in the works of the Barrons, David Tudor, Pauline Oliveros, and the members of the Sonic Arts Union: Robert Ashley, Alvin Lucier, David Behrman and Gordon Mumma, before flying across the Atlantic to include the work of Eliane Radigue, Pietro Grossi, Jaap Vink and Roland Kayn.

Jon Leidecker (aka Wobbly) has been producing music under the name Wobbly since 1990, improvising with recordings to produce music which inherently resists the act of being captured. Recent performances deploy a battery of mobile devices driven by their built-in microphones, reacting instantly with error-prone variations on the notes and sounds they believe themselves to be hearing: a tightly-knit orchestra with inhuman reflexes, resulting in structures which the human performer influences more than controls. Currently touring & recording with both Negativland and the Thurston Moore Ensemble, other live and studio collaborators include Zeena Parkins, Dieter Moebius & Tim Story, People Like Us, Matmos, Laetitia Sonami, Fred Frith, Tania Chen, Sue C., The Freddy McGuire Show and Sagan. In 2009, the Museum of Contemporary Art in Barcelona commissioned his eight part podcast on the evolution of sampling & collage music, 'Variations', which Leidecker has presented as a lecture at Mills, Stanford, Oxford and Peabody Conservatory. In 2015 he inherited Negativland's long-running Over The Edge radio live mix program, broadcasting from Berkeley's KPFA FM.